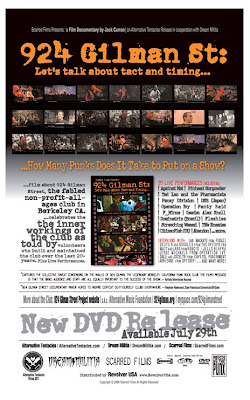 This is a film documentary about 924 Gilman Street, the fabled non-profit all-ages club in Berkeley, Ca.

Director Jack Curran celebrates the efforts of the volunteers who built and have maintained the club over the last 20 plus years.
Posted by Blog-O-Rama at 12:27 PM 1 comment:

01/04/08: 924 Gilman Flick Forthcoming!
It's official! Alternative Tentacles will be releasing the dvd version of the long-awaited "924 Gilman" film directed by Jack Curran and his Scarred Films outfit. Subtitled "Let's Talk about Tact and Timing," the documentary includes interviews with tons of people, including Jello Biafra, Ian MacKaye, Rancid, Offspring, Jesse Michaels, author Wendy-O-Matik, & your AT Mail Male Jesse Luscious. There's also many live performances, including Operation Ivy, Fleshies, Pansy Division, Screeching Weasel, The Frisk, and Ted Leo And The Pharmacists. Some of the proceeds will go directly to the 924 Gilman collective.
08/06/08: The Official One Sheet

Director Jack Curran's debut feature, 924 Gilman Street, is an ambitious documentary that chronicles the 21-year history of the non-profit volunteer-run, all-ages venue in Berkeley, California and captures a music scene still thriving today on creativity and a sense of camaraderie.

In 924 Gilman Street, Curran crafts an intimate portrait of a small punk venue that continues to foster a vital music scene, and most importantly, a sense of hope that punk principles and practices can build a successful, long-running community.

Founded in late 1986, 924 Gilman Street is a DIY punk venue operated solely by volunteers. While many music venues, DIY or not, have succumbed to urban gentrification, and while punk culture became co-opted by the mainstream, 924 Gilman has survived and is still going strong.

Punk notables Jello Biafra, Ian MacKaye, Lars Frederickson, and Matt Freeman (Rancid) among others lend their perspective to 924 Gilman Street, while live footage of bands as diverse as Operation Ivy, Screeching Weasel, Pinhead Gunpowder, Pansy Division, Fleshies, Against Me!, Ted Leo and the Pharmacists, etc. show the synergy of band, audience, and venue that makes this a special place. The feature film is 86 minutes long, and the DVD includes a short film as well as a classroom audio version.
Posted by Blog-O-Rama at 8:22 AM No comments: 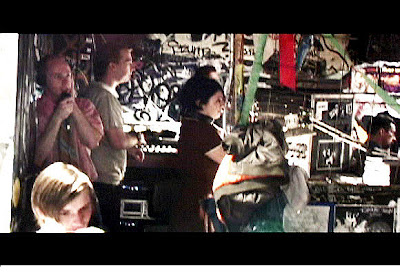 924 Gilman Street, the collectively run, all-ages rock club in Berkeley, is the subject of Jack Curran's documentary. "924 Gilman St." premieres as part of the Noise Pop festival.
Photo by Jack Curran
Posted by Blog-O-Rama at 10:59 AM No comments:

“I made this film in hope that people in other towns, across the U.S. and the world would be inspired and empowered to start a club of their own.”
—Jack Curran, Director
Posted by Blog-O-Rama at 9:42 AM No comments:

a Film Documentary by Jack Curran,
an Alternative Tentacles DVD Release,
in cooperation with Dream Militia,
and distributed by Revolver USA.

Synopsis
This is a film documentary about 924 Gilman Street, the fabled non-profit all-ages club in Berkeley, Ca.
Director Jack Curran celebrates the efforts of the volunteers who built and have maintained the club over the last 20 plus years.
The Club is based on the fact that bands, audience and staff are all equally important to the success of a show.
Live performances are included in the film, but the focus of the documentary is primarily on the inner workings of the club as told by volunteers and performers.


Distributed by
REVOLVER USA
Posted by Blog-O-Rama at 10:05 PM 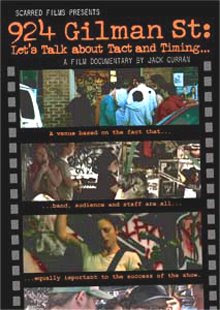 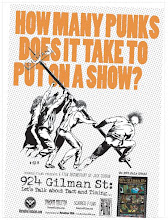